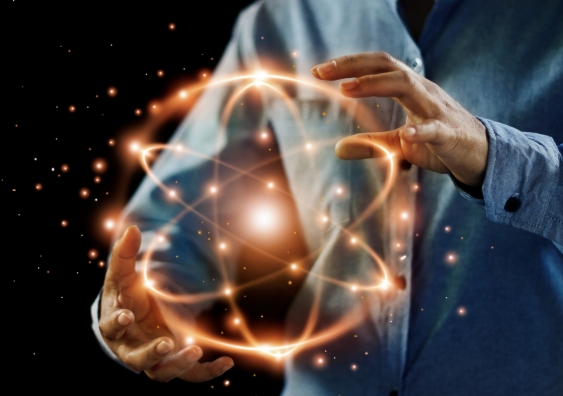 A new $1.6 billion economic accelerator will turn Australia’s leading research into world-beating businesses as part of the Australian Government’s focus on building the country’s resilience.

Australia’s Economic Accelerator (AEA), which was announced by Prime Minister Scott Morrison on 1 February, is part of a $2.2 billion package to focus on commercialisation in the country’s six national manufacturing priority areas – resources and critical minerals, food and beverage, medical products, recycling and clean energy, defence and space – bringing the country’s brightest business and academic minds together.

Together with a new $150 million expansion of CSIRO’s Main Sequence Ventures, the AEA will reshape research funding to emphasise projects with high potential for commercialisation that are directed at National Manufacturing Priorities and industry engagement.

The Prime Minister said the AEA would invest in projects as they progressed through the stages of their development.

“Stronger commercialisation of research and ideas will mean a stronger economy and a stronger future for Australia,” the Prime Minister said. “This is about funding projects to bridge the ‘valley of death’ where early-stage research is often not progressed due to higher levels of risk and uncertainty.

“The AEA will drive our universities and businesses to work hand-in-glove through the stages to prove projects’ viability and potential.”

Expanding the CSIRO’s Main Sequence Ventures program then takes this further, he added, incentivising the additional venture capital investment support needed to progress innovative new products and technologies through to market to become the new businesses and employers of the future.

Acting Minister for Education and Youth Stuart Robert said the AEA would boost investment in two critical stages of experimental development: proof of concept and proof of scale.

“The AEA will become a critical source of competitive funding support for innovating new projects with high commercial potential, and will take a lot of the risk and uncertainty for universities out of the equation,” Minister Robert said. “We will start with a big range of contenders – a contest of ideas. But as we progress to stage two, the number of applicants will diminish and the value of the funding to each will increase.”

Stage one will involve nearly 100 grants a year of up to $500,000. Recipients will be required to engage industry through in-kind support or even co-location.  In order to be one of the 36 recipients attracting up to $5 million in funding in Stage two, industry will need to put more skin in the game with a 50 per cent co-investment. At stage three, up to 50 companies will be supported through the Main Sequence Venture, where the Australian government will provide $150 million in two successive co-investment funds.

Minister for Science and Technology Melissa Price said the $150 million expansion of the CSIRO Main Sequence Ventures program would further support the development of spin-off and start-up companies with high commercial potential arising from local research.

“Over the past four years, Main Sequence Ventures has invested in 39 companies that are commercialising deep tech opportunities that have created more than 1,200 technology-related jobs,” she said. “Our new investment in this program will ensure it can play a bigger role in our economy and help develop the next generation of great Aussie companies and products.”

Minister Robert said the Morrison Government would also invest $296 million in industry focused PhDs and fellowships to support its research commercialisation goals and drive greater university-industry collaboration. This new scheme will generate 1,800 industry PhDs and over 800 industry fellows over 10 years to fundamentally reshape the workforce of Australia’s universities. Industry will benefit from the opportunities to host PhD students, bolstering their ability to harness ideas and concepts for innovation, as well as to open the pathway to the recruitment of high-calibre graduates. This will be further enhanced by a new suite of ARC Fellowships that will recognise and reward academics who collaborate with industry, helping to drive the translation of their research, creating new pathways for their work.

“These initiatives will change the culture and the focus of research across Australia’s universities – building greater engagement with industry and ensuring that innovation is at the core of our economic future as a nation,” said Minister Robert.

Saab Australia, the country’s sovereign Combat Management System supplier, will extend the footprint of its…