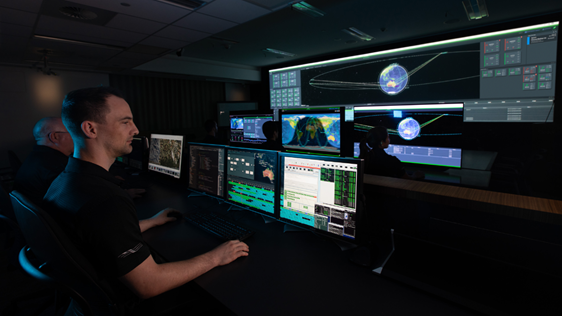 Rival prime contractors Boeing and Lockheed Martin Australia have submitted their bids for Defence’s sovereign SATCOM project, JP9102. It’s expected other bidders, including Airbus and Optus, will also confirm some details of their proposals for this estimated $3 billion program.

Boeing’s bid is based on the U.S. military’s Wideband Global SATCOM (WGS) system in which the ADF is already a participant, having paid for one of the WGS satellites itself. Boeing’s JP9102 offering builds on the capability developed for WGS-11+, the newest addition to the WGS constellation.

“When coupled with UHF payloads currently provided by Boeing to the U.S. and Australian governments, and a locally-developed mission systems architecture, it puts us in a unique position to deliver an interoperable solution which maximises reuse of JP2008 infrastructure while providing a resilient and flexible SATCOM capability for the future,” said Buckle.

Lockheed Martin Australia’s JP9102 team developed an agile solution that will contribute to the ongoing growth of the nation’s sovereign space capabilities, according to David Ball, the company’s regional director for space. Australian industry capability is represented in every aspect of its JP9102 solution, from control segment software and ground stations to satellite operations facilities and spacecraft.

Southern Launch puts up two rockets in one day at Koonibba