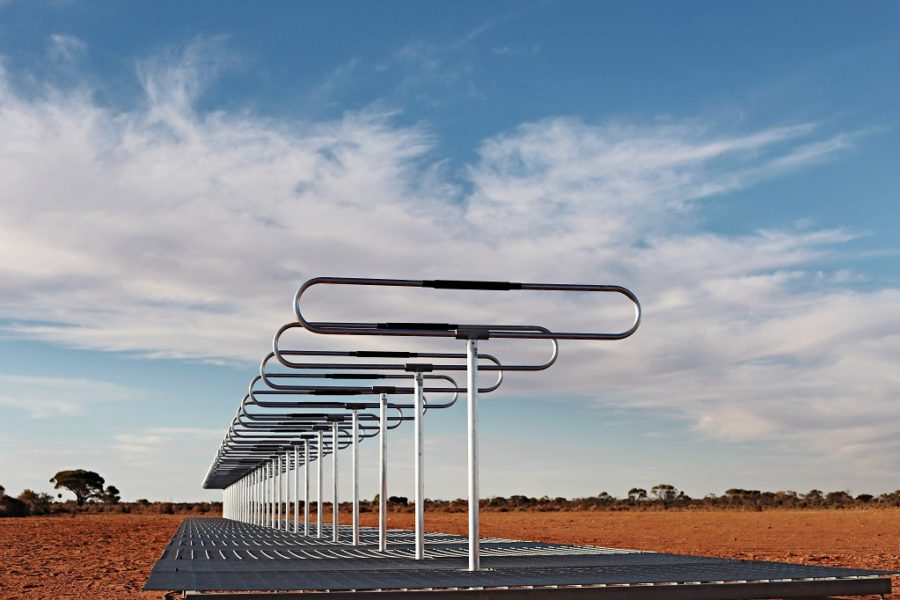 Silentium Defence has opened its new ‘Oculus Observatory’ on the fringe of South Australia’s dark sky reserve in the Mid-Murray region. Designed, built, and managed by Silentium Defence, the observatory is designed to provide Space Situational Awareness by delivering the widest field of view, and the most cost-effective monitoring of objects in orbit, anywhere in the world.

Dr James Palmer, CEO of Silentium Defence said, “Unlike traditional space surveillance technologies that provide a narrow view of debris and objects in orbit, the sensors at our observatory provide coverage of an area the size of South Australia. For customers, this means we will detect and track objects they expect to see, like satellites and catalogued debris, as well as new and unknown objects that may pose a threat to critical services or assets in space.

“Not only do our sensors detect those objects, but because of our coverage, they maintain visibility and tracking for significantly longer,” he added.

More observation time creates better information for space operators to make informed decisions about what an object is, where it’s headed, whether it poses a threat and what action to take. ‘Oculus’ is set to be the workhorse of space surveillance, supporting both commercial and government applications, Dr Palmer said.

“To manoeuvre a satellite safely in space takes time. It is a costly exercise that can limit a satellite’s life. Any decision to manoeuvre must be based on the most accurate, up-to-date and informed data, and that’s what our new observatory provides.”

The ‘Oculus Observatory’ is the first of a planned network of wide-field-of-view observatories to be deployed across the globe. Based on the company’s unique passive radar technology, its sensors exploit Megawatts of transmitted power from pre-existing transmitters. This means space surveillance radars can be built and commissioned rapidly, anywhere in the world, without spectrum license approvals, more cost effectively.

The observatory has been designed and delivered with almost $1.5 million in support from the Australian Government under the International Space Investment (ISI) initiative. There are plans for the observatory to host multiple surveillance sensor types including optical and narrow-field-of-view sensors to support Australia’s broader civil and Defence ambitions of true sovereign capability in space situational awareness.

Initial design and capability testing for integration of various sensor types and data sources is being conducted in partnership with Silentium’s ISI grant partner, Western Sydney University, and with support from the Swedish Space Corporation.

Hacking for Defence launches in Australia

An Australian chapter of The Common Mission Project, Hacking for Defense® has been launched in…

The Commonwealth Department of Industry, Science, Education and Resources (DISER) is calling for industry feedback…