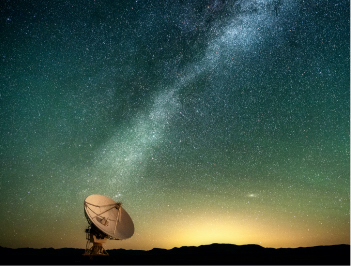 The Australian Defence Force (ADF) has awarded Inmarsat, a world leader in global, mobile satellite communications, a $221 million contract extension for the provision of commercial SATCOM airtime services and managed hardware. The revised contract will run through to 2027.

These services enable a wide range of command, control, and situational awareness communications for the ADF, the wider Department of Defence, and its Australian Government partners worldwide.

Speaking at the event, Brigadier Gregory Novak, Commander Defence Strategic Communications Branch commented: “Inmarsat has supported ADF satellite communications requirements at home and overseas for over 30 years. This partnership has increased our capability to support wide-ranging ADF operations and provide greatly improved quality of life services for our deployed people.”

The overall commitment of the contract for satellite services is now $331m over the 10-year term, including options for three extensions of two years each, helping to bridge the forthcoming transformation in the way the ADF acquires and uses SATCOM technologies under Joint Project 9102.

This contract between Defence and Inmarsat was signed originally in 2017 and has now evolved to a full Inmarsat Managed Service, which includes:

Initially signed in 2017, the partnership between the ADF and Inmarsat has now evolved to encompass a full supporting the ADF’s capability requirements. Further enhancements are also being delivered through the development of a management software package, known as the Operational Monitoring and Control System (OMCS) that has been developed in line with defence requirements over the past three years.

With its successful implementation, OMCS is now entering the sustainment and enhancement term of the contract through to 2027. This system serves as a sovereign virtual satellite operations centre, allowing the ADF to independently allocate resources, track usage and implement operational changes in real time through the bespoke OMCS dashboard. This enables the ADF to control its satellite service use directly, without the requirement to work changes or issues through Inmarsat, which maximises operational outcomes as well as cost efficiencies.

The Australian Space Agency has opened the Public Consultation phase of its flagship Trailblazer Program.…