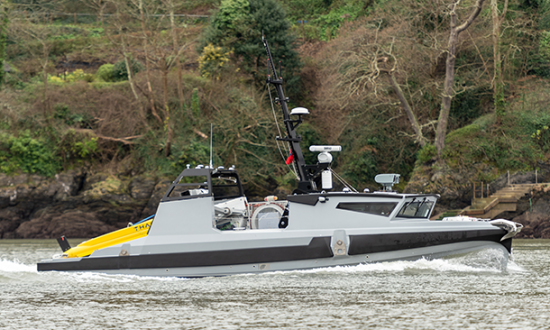 Thales in the UK and L3Harris have developed an autonomous, unmanned Mine Counter-Measures (MCM) capability that will enter service with the Royal Navy and French Marine Nationale later this year. 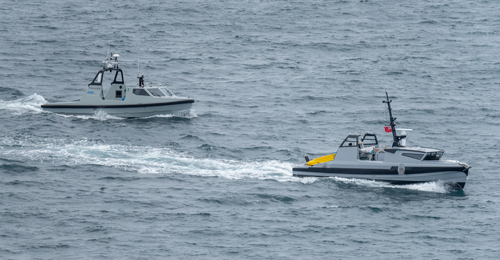 The capability consists of two Unmanned Surface Vessels (USV), Artemis and Apollo, equipped with a powerful autonomy engine and a Towed Synthetic Aperture Sonar. The two craft work in unison to detect, locate and classify sea mines. The sonar sensors stream live data and images to a manned control centre which could be on a ship or dockside some kilometres away. When a mine is located and characterised the USV can be configured to deploy a remotely operated vehicle (ROV) to neutralise it. Authorisation to do this is via a secure and accredited Man In The Loop (MITL) communications channel.

The entire system is containerised and can be deployed around the world at very short notice, says Thales. It can also be used in multiples and in concert with allied forces, making the clearing of a path through a minefield quicker and safer than ever before, the company says.

Thales has worked with Portchester, UK-based L3Harris (formerly L3 ASV) since they began collaborative R&D on autonomous technologies with the unmanned 11m Halcyon USV in 2012. The development of Artemis and Apollo was conducted under a more recent MoU to commercialise this technology and develop MCM USVs. Artemis and Apollo are the product of some 4,000 hours of experimentation and trials over four years.

These particular boats are the heart of a system of systems which provides a world-leading unmanned MCM capability that avoids the risk of sending divers into harm’s way to deal with mines.

Thales and L3Harris expect this technology to migrate to other fields such as unmanned anti-submarine warfare, fisheries protection, coastal surveillance and anti-smuggling operations.

The Australian Government is offering up to $2.5 million in funding to build space payload…