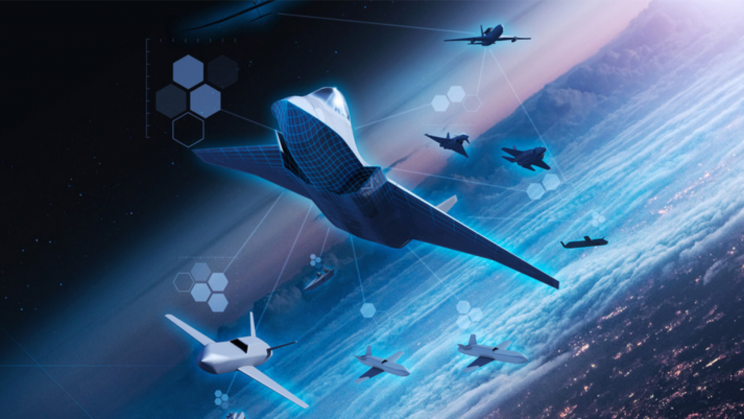 The UK Ministry of Defence has signed a £250 million ($450 million) contract with British industry ‘Team Tempest’ partners, for the next phase of the UK’s Future Combat Air System (FCAS) program.

Known as Tempest, the FCAS is expected to combine a core aircraft with a network of capabilities such as uncrewed aircraft and advanced data systems to form a next-generation mix designed to enter service from the mid-2030s.

Marking the formal start of the programme’s Concept and Assessment phase, the contract is worth an initial £250 million and is planned to grow further. The investment forms part of more than £2 billion worth of UK Government spending on the project over the next 4 years, as announced in the UK’s recent Defence Command Paper.

The contract will see investment in the digital and physical infrastructure on which the programme will be developed, putting it on a ‘digital first’ footing whereby simulated design and testing can significantly reduce costs, time and emissions.

The UK Defence Secretary made the announcement at BAE Systems’ Warton site, home to the ‘Factory of the Future’, a highly connected facility with state-of-the-art technology designed to showcase a revolutionary approach to manufacturing military aircraft. The program will support some 2,000 jobs across three major sites and several smaller ones.

The FCAS Concept and Assessment phase will:

During his visit to Tokyo in July, the UK’s Defence Secretary and Japanese Defence Minister Nobuo Kishi also agreed to accelerate discussions between the UK and Japan on developing sub-systems for a Future Combat Air System. This included intensifying efforts to explore working together on power and propulsion. International partnership has been central to the Combat Air Strategy from the outset, and the UK is open to welcoming other partners onboard.

According to research by PWC, the ongoing work of the four Team Tempest partners and their supply chains in support of UK combat air activities could support around 62,000 jobs per year and contribute in the region of £100 billion to the UK economy between 2021 and 2050.

The FCAS is supported by the £24 billion uplift in UK defence spending announced last year. This partnership between the MOD and industry, also forms an integral part of the MOD’s recently published Defence, Security and Industrial Strategy (DSIS).

Lockheed Martin will undertake a study for a proven, integrated and capable payload ship, able…