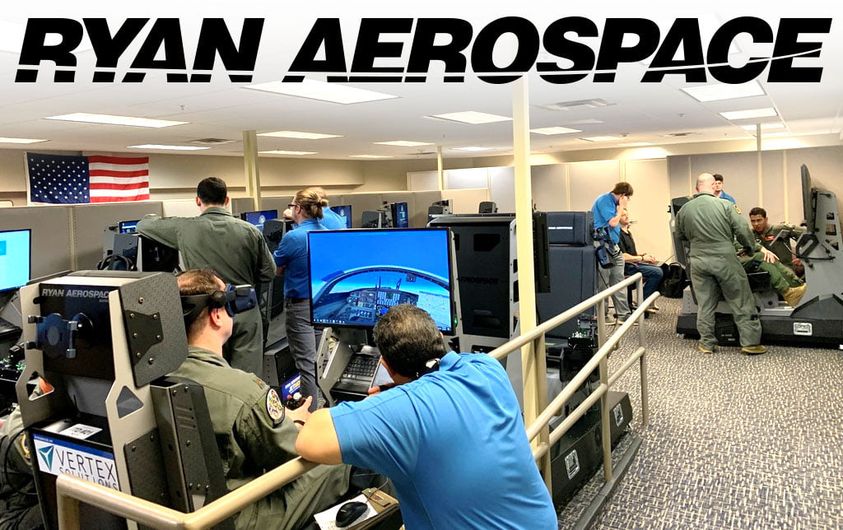 Gold Coast company Ryan Aerospace has been awarded a series of contracts of undisclosed value to supply nearly 300 jet fighter and helicopter training simulators to the US Air Force as part of the innovative new program known as “Pilot Training Transformation” or PTT.

“This is another example of the way defence industry in Queensland, and across Australia, is showcasing Australian innovation and ingenuity on the world stage,” said Minister for Defence Peter Dutton.

Ryan Aerospace is seen as a pioneer in the development of a new generation of flight training devices that leverage virtual and mixed reality technologies. In 2020 it won a contract to supply 31 simulators to the US Army’s helicopter school at Fort Rucket, Alabama. In 2021 it was shortlisted for the prestigious Land Forces 2021 Innovation Awards.

In recent years, the US Air Force has suffered not only from a shortage of pilots, but also a shortage of flight instructors who can deliver one-on-one training to the students. Further, it has proven cost prohibitive to procure more traditional simulators because of the extremely high cost. The government’s Defence Innovation Unit (DIU) was tasked with looking to industry to find a better way to train pilots and Ryan Aerospace, partnered with Vertex Solution, LLC, was one of the many companies that made a submission to the government.

Ryan Aerospace developed a modular and reconfigurable flight training simulator that can be modified to represent a number of different fixed wing and rotary wing aircraft. The simulators offer much greater value for money and have only a very small footprint compared to traditional training devices.

Coupled with a learning management system, the simulators allow a change of instruction from a “teacher-centered” model to more of a “learner-centered” training model. In other words, students (with the help of a virtual instructor) can virtually teach themselves many of the desired learning outcomes. The system is supported by an after-action review software package that automatically assesses, grades and logs the student’s performance.

The Prime Minister has split the Industry, Science, Energy and Resources portfolio held by former…